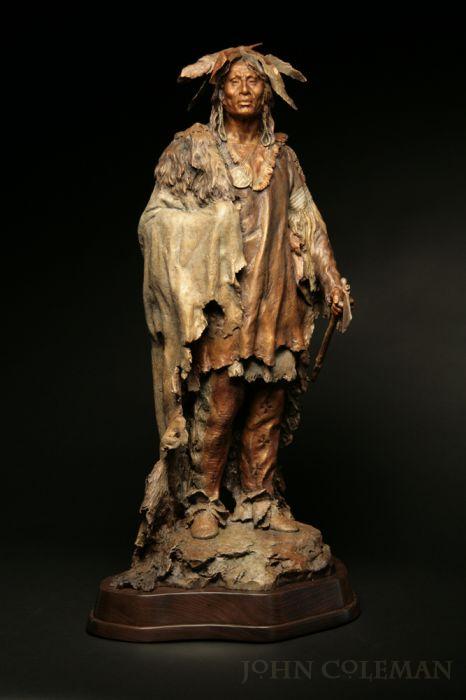 Wahktageli, also known as Big Soldier to the Missouri traders, was a Yankton (Nakota) Sioux Chief who was over six and a half feet tall. About 60 years old when Bodmer painted his portrait in 1833, Big Soldier posed for two days and smoked the pipe-tomahawk he was holding from time to time.

I was inspired by this painting not only because of his unusual height, but also because of the early headdress Big Soldier was wearing. Made from the long feathers of birds of prey they were tied to his hair and presented an image very different from the more contemporary fashion seen in photography after the 1870’s. 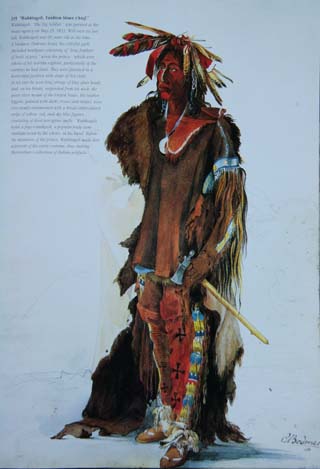