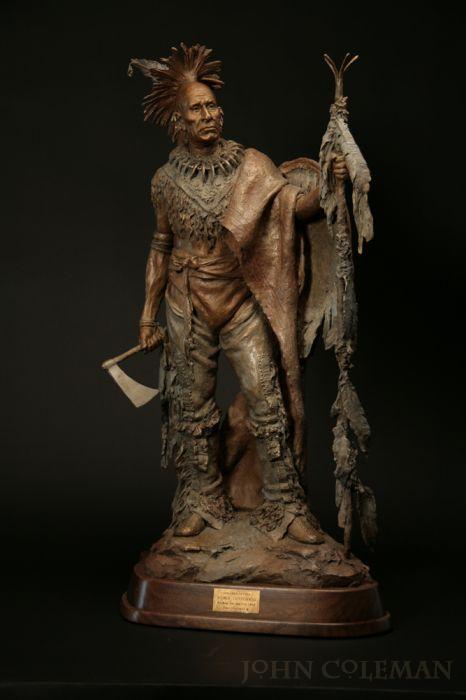 Keokuk, a Sac and Fox Chief, was known as Watchful Fox and in 1835, he posed for George Catlin.  Catlin wrote, “I have represented him in the costume, precisely, in which he was dressed when he stood for it, with his shield on his arm, and his staff (insignia of office) in his left hand. There is no Indian Chief on the frontier better known at this time, or more highly appreciated for his eloquence as a public speaker, than Keokuk.”  Perhaps he gained this reputation during on a diplomatic mission to Washington D.C.

When Black Hawk aligned himself with the British troops during the war of 1832, Keokuk refused to join him for which he gained recognition and support from the U.S. Government.  After Black Hawk was defeated, Keokuk’s people were granted a large tract of land in Southeast Iowa. His grave and statue are in Keokuk Iowa. 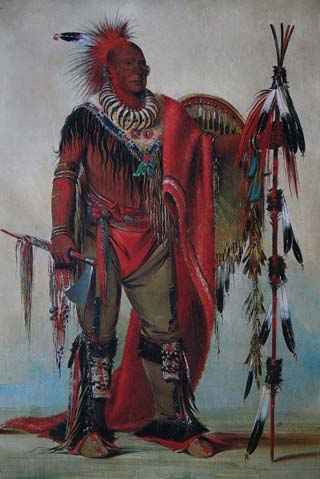