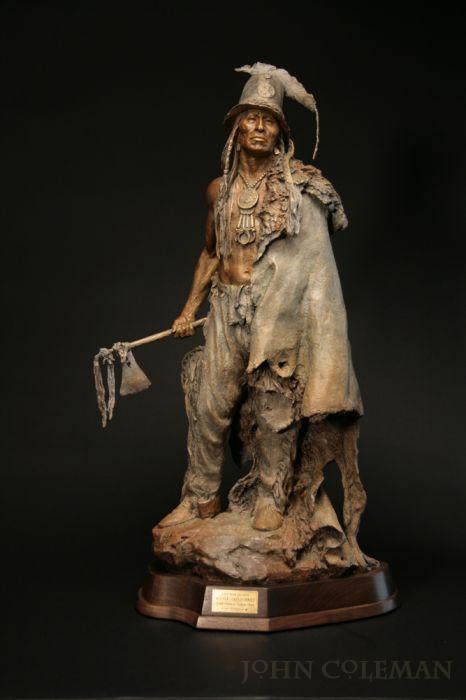 My first piece in this Series is a full figure of “Addih-Hiddisch, Hidatsa Chief” as painted by Karl Bodmer. After many visits to the cabin of Maximilian and Bodmer at Fort Clark during the winter of 1833, Bodmer painted and wrote of his subject that he was a great warrior and chief and the geometric patterns on his body were tattoos, not paint. He wore a Euro-American hat, carried a trade tomahawk with a scalp lock attached and a peace medal around his neck.

Addih-Hiddisch was also called “Maker of Roads” and was a member of the Hidatsa tribe. They were also known as Minnetaree, which are part of the Siouan people. A member of the tribal council and keeper of the great medicine bundle, he was still remembered 100 years later by his tribe as someone who was an outstanding leader. 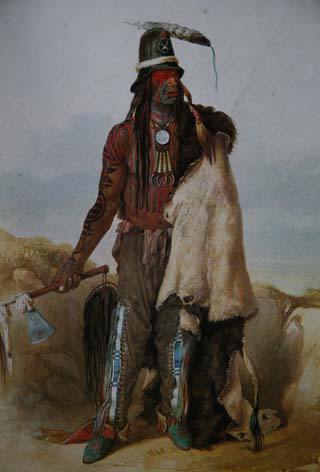